Geremia Cerri was born in the province of Cremona. Creation has always been part of his life and that of his brothers, as his parents work as artisans and their home has always been pervaded by work tools, as well as art books, vinyls and musical instruments, thanks to which he could immediately appreciate the many facets of artistic expression. At first, while he was studying at the Liceo Artistico in Crema, music was a fundamental source of inspiration that led him to play and compose in different formations. His passion for landscapes, open air and trekking led him, after a journey through the scents and colors of Sardinia in 2014, to buy watercolors.
Since then he began to study to perfect the technique, studying contemporary masters like Joe Dowden, Joseph Zbukvic and many others, so he let himself be inspired by the environment that surrounds him.
“If I had to talk about my painting, I would think about the moment when I do it rather than the final result. When I create, I try not to get bored and not to bore the eye of the observer by using the most unusual tools for one of the most traditional techniques ever, which is watercolor.”
In recent years he has been interested in painting and impromptu competitions, in 2016 one of his paintings came third in an international watercolor competition held in Cagliari; just in this town, in April 2017 he held his first personal exhibition, while in 2018 the painting “Il Re del Pollaio” came seventh in an important international competition in Egypt.
He currently lives and works in the province of Cremona and holds painting courses throughout Italy. 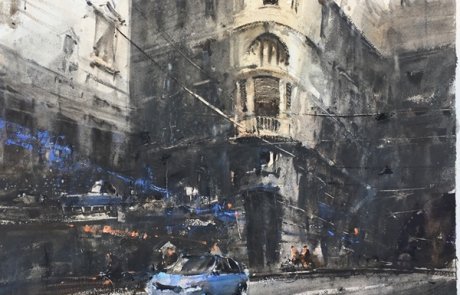 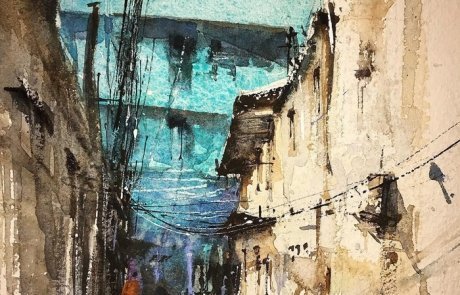 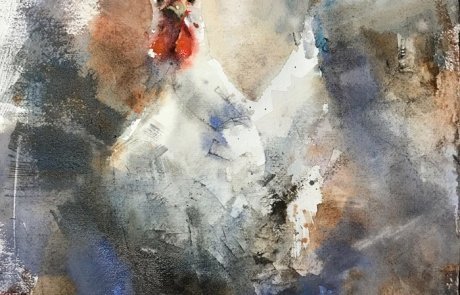 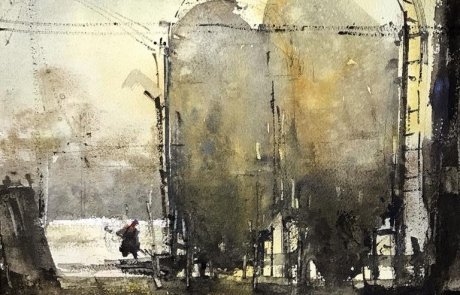 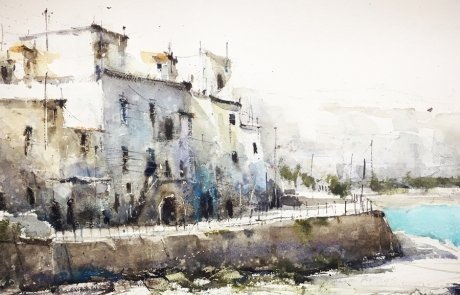 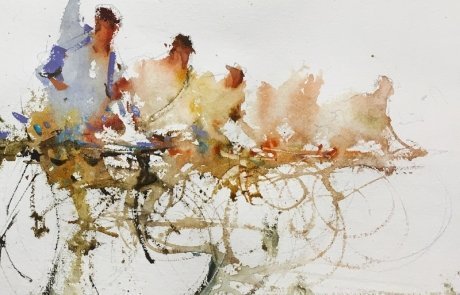